The Keep is an area in The Witness. It's home to two sets of tricky mazes. Unlike previous maze puzzles you have encountered at the start of the game, it's not just about tracing a line to an exit on the panel, you have to make -- and mark -- your way through actual mazes.

What areas should you do first?[edit | edit source]

There are four hedge mazes, each of which has a puzzle at the end. Each of the mazes has a different mechanic that dictate how to draw the puzzle's line.

Completing the four hedge puzzles powers the front-facing puzzle at the top of the tower.

There are four back puzzles. The puzzles are shown on panels, but lines cannot be drawn on them. Instead, the player must walk along the glass panels to form the solution to the puzzle.

Completing the four back puzzles powers the back-facing puzzle at the top of the tower. 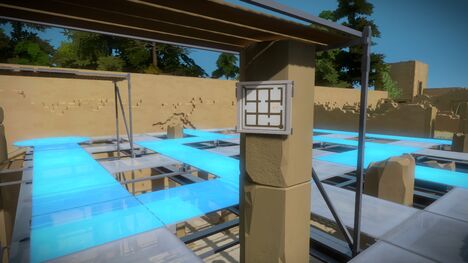 Go to the Keep and find the area with the statues to begin solving the life-size puzzles. The fourth and final one is the blue life-size puzzle. Near the wall that is closest to the main tower of the keep is  a column that holds up some wooden planks. Walk around it to locate a discarded panel. 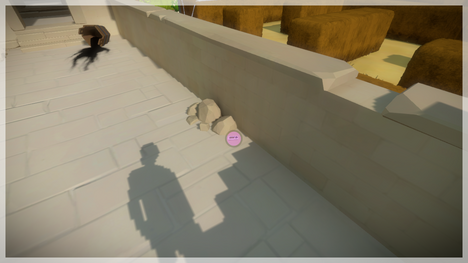 Go up the stairs leading inside the keep and make a 180-degree turn to face the hedge mazes. Head straight past the mazes to reach a wall overlooking the monastery. Head left to find an area with a dropped pot, as well as another tape.

In the traditional view a person is free.
He is autonomous in the sense that his behavior is uncaused...

That view, together with its associated practices,
must be re-examined when a scientific analysis

a science of behavior also seems to question dignity or worth.

A person is responsible for his behavior,
not only in the sense that he may be
justly blamed or punished when he behaves badly,

but also in the sense that he is to be given credit
and admired for his achievements.

A scientific analysis shifts the credit as well as the blame
to the environment,
and traditional practices can then no longer be justified.

These are sweeping changes,
and those who are committed to traditional theories and practices
naturally resist them....

As the emphasis shifts to the environment,
the individual seems to be exposed
to a new kind of danger.

Who is to construct the controlling environment
and to what end?

Autonomous man presumably controls himself
in accordance with a built-in set of values;
and will it be good for those he controls?

Answers to questions of this sort are said, of course,
to call for value judgements. 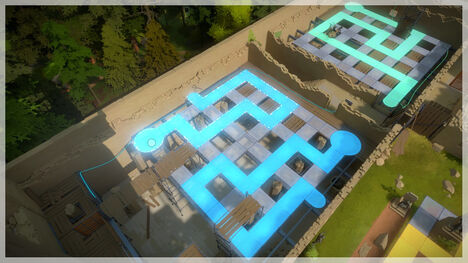 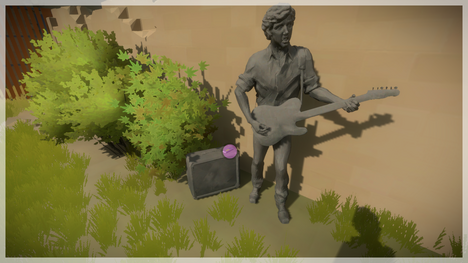 When you enter the Keep you'll likely go straight for the hedge mazes, but if you stay straight through the arches you'll find an area full of statues and what appears to be a life-size puzzle that turns yellow as you walk over the parts. To the left of this puzzle is a statue of a guitarist. On top of his amp is a tape (unfortunately, it is not of his music).

I boasted among men that I had known you.

They see your pictures in all works of mine.
They come and ask me, "Who is he?"

I know not how to answer them.
I say, "Indeed, I cannot tell."

They blame me and they go away in scorn.
And you sit there smiling.

I put my tales of you into lasting songs.
The secret gushes out from my heart.

They come and ask me,
"Tell me all your meanings."

I know not how to answer them.
I say, "Ah, who knows what they mean!"

They smile and go away in utter scorn.
And you sit there smiling. 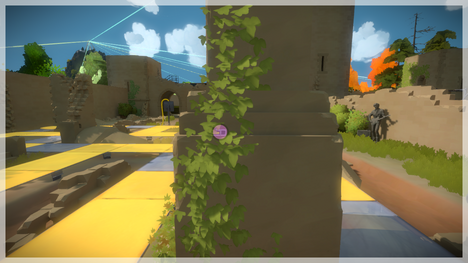 In the same area as the previous tape, you'll find a statue of a man sitting on a throne. Check its back side to find another tape.

Our hangnails are incredibly real to us;

whereas to most of us, the English village of Nether Wallop
and the high Himalayan country of Bhutan,

not to mention the slowly swirling spiral galaxy in Andromeda,
are considerably less real,

even though our intellectual selves might wish to insist
that since the latter are much bigger and longer-lasting
than our hangnails,

they ought therefore to be far realer to us
than our hangnails are.

We can say this to ourselves till we're blue in the face,
but few of us act as if we really believed it.

A slight slippage of subterranean stone
that obliterates 20,000 people in some far-off land,

the ceaseless plundering of virgin jungles in the Amazon basin,

a swarm of helpless stars being swallowed up
one after another by a ravenous black hole,

such colossal events are so abstract to someone like me
that they can't even touch the sense of urgency and importance,\

and thus the reality, of some measly little hangnail
on my left hand's pinky.

We are all egocentric, and what is realist to each of us, in the
end, is ourself.

The realist things of all are
my knee, my nose, my anger, my hunger,
my toothache, my sideache, my sadness, my joy,

my love for math, my abstraction ceiling, and so forth.

What all these things have in common, what binds them together,
is the concept of "my",

which comes out of the concept of "I" or "me",
and therefore,

although it is less concrete than a nose or even a toothache,
this "I" thing is what ultimately seems to each of us
to constitute the most solid rock of undeniability of all.

Could an "I" be more an elusive, receding,
shimmering rainbow
than like a tangible, heftable, transportable pot of gold? 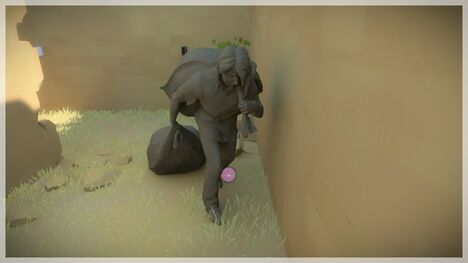 If a man, holding a belief which he was taught in childhood
or persuaded of afterwards,

keeps down and pushes away any doubts
which arise about it in his mind,

purposely avoids the reading of books
and the company of men
that call into question or discuss it,

the life of that man is one long sin against
mankind....

"I have no time for the long course of study
which would be necessary to make me in any degree
a competent judge of certain questions,

"or even able to understand the nature of
the arguments."

Then he should have no time to believe.