One half consists of the orange, autumn forest adjacent to the Keep and the large lake near the Town and Quarry. This portion of the Shady Trees region contains the locked, gated area where the Shady Trees laser is located. The other half of this location is a logging section near the waterside logging building of the Quarry.

Both sides must be completed to fully open the gate housing the puzzle to activate the Shady Trees laser. 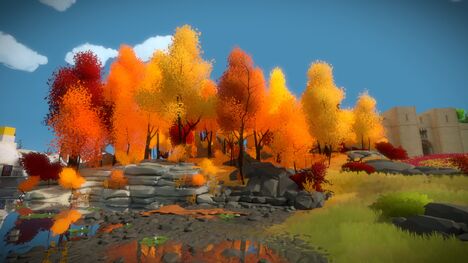 You can easily complete the Shady Trees forest with no prior knowledge of other areas in The Witness.

Once the door to the building is open, the puzzle inside can be solved to activate the area's laser. 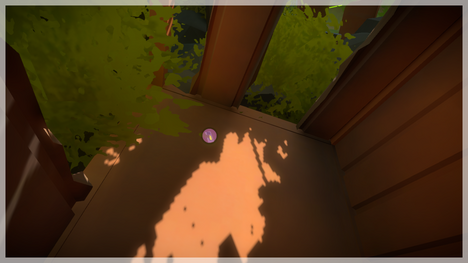 Go to the forest between the quarry and the keep and approach the quarry's logging facility. As you get close to the window, you'll see on the left some gray rocks that form a path upwards. Climb it to find a ruined orange container. Enter it to find another tape on its upper side.

In a sense, what modern physics is to the history of Western thought,
Zen is to the development of the Eastern worldview:

the ultimate refinement of more than two thousand years
of incisive debate, discussion, and critical development.

Yet the difference between the two could hardly be more marked.

Whereas physics is interested above all
in theories, concepts, and formulas,
Zen values only the concrete and the simple.

Zen wants facts — not in the Western sense of things
that are measurable and numerical (which are, in fact, abstractions!)
but as living, immediate, and tangible.

in other words, memories of all kinds —
block the direct perception of reality.

Therefore, Zen adopts an unusual approach.
Its buildup involves language — which is unavoiable.

Any method, even if it turns out to be an antimethod,
has first to convey some background in order to be effective.

But the way Zen uses language is always to point
beyond language, beyond concepts to the concrete. 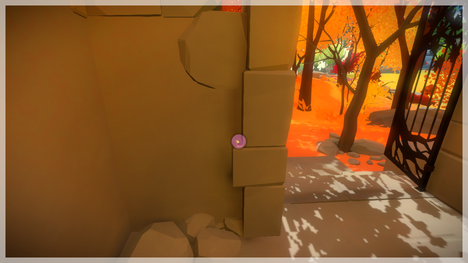 Go to the gated area where the laser is located. Look at the gate from inside to find another tape.

Sixty-six times have these eyes beheld the changing
scene of autumn.

I have said enough about moonlight,
Ask no more.

Only listen to the voice of pines and cedars when no
wind stirs.